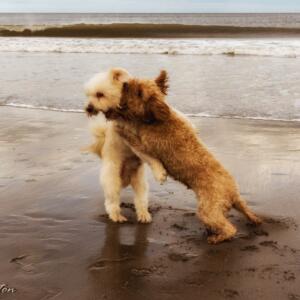 Four words which will have a really profound effect on every area of your life when implemented well.

It also provides interesting market research for those of us who work within the human rights and social justice arenas.

Connecting with people around the world is easy, but connecting them to their conscience and sharing information in the areas of life that really matters, can be a huge challenge.

Over the last few months, my team and I have been doing a lot more research into how to connect with people in a world full of information that distracts the masses from what is really going on in the world.

And whilst we have been watching patterns of behaviours from the influencers and those with large followings on Facebook, LinkedIn and Instagram, what the data shows us is really interesting.

These influencers on Facebook with the ‘5000 maxed out’ friendship lists, and 1000’s followers are not creating anything new. They are simply regurgitating other people’s content and spouting off the facts and figures they find on other people’s posts and the anti-mainstream news channels.

Or ignoring what is going on in the world, refusing to acknowledge them for fear of said subjects damaging their business, and so therefore adding more fuel to the injustices happening.

Add a few cute pictures of them, their kids or their dog and hey presto! They are getting the engagement… with nothing new being said, and they certainly are not addressing the actual root cause of the issues they talk about.

Look at LinkedIn and the posts on there and you will see a more conservative ‘grown up’ take on the same thing, with some of the most important data for human rights and social justice hardly making an entrance or being seen; and when it is seen, it is drier than the Sahara desert on a hot day.

When you search for hashtags on Instagram for things such as social justice or activism the amount of engagement those posts get… well they are not even worth mentioning.

Go over onto Twitter and what you will find is a lot of angry people just shouting and insulting each other.

None of these angry, shallow environments interest me, nor does the energy feel inviting so is there any wonder people are so in the dark about what is going on in the world, especially given the mainstream media don’t want people to know what’s really going on.

Search for a podcast on the subjects of social justice, human rights and activism, and again what you are most likely to find are angry mobsters dancing around the airwaves with the most boring academics wth the worst delivery you could ever wish for; or prefer not to wish for.

Human rights impacts and affects us all, and yet so few people want to talk about it, and those of us who do are often ignored, deleted, unfollowed and blocked from all spaces – and not just by those in our own social circles, but by the various platforms where we are supposed to have freedom of speech; which is really just a data gathering tool for even more manipulation of the masses.

Understanding social justice is an absolute must, and yet people would rather walk on hot coals and get a certificate than actually talk about the stuff that will land them and the future of their family in the hot water heated by said coals.

Being an activist isn’t about shouting loudest or being an unwashed mercenary who shouts death to whomever with a cleverly written placard in the streets, whilst the latest fashion DJ who has lent their name to ‘the cause’ so the people can have a street party, which has been dressed up as a protest.

Being an activist is about being informed, and creating positive change around the world with your information, learnings and experience. It is about being of service, not just writing a Facebook post and ranting.

If anyone things that the protests recently are going to make any difference, then they are sadly mistaken. All it does is make the powers that be laugh even louder at the minions they have power over and gift them entertainment for a few days.

Understanding the history and the culture of why we are where we are isn’t something these protestors want to understand, even though they say they do. I mean, how many of them have actually read the history books, or looked at the culture within their own home, their own body and made the changes there?

Looking at the images of the protests, I would hazard a guess and say very few. They are just caught up in the frenzy created by the media and joining forces with more people who seem to be saying the right things but actually also know very little about what is actually going on in the world.

Looking at the people I allowed in my online space over the last eighteen months proved to be an eye opener. At the beginning these people seemed to be saying all the right things, but continue the conversation on a much deeper level, and either it was a case of ‘the lights are  on but no one is home’ or I became one of the enemy.

Give the conversations a difference cultural aspect or a historical context and the number of people I choose to have in my own personal space, would choose to invite to dinner, trust to take care of my children, or want to work with on a 1:1 basis goes down even more.

I have been going through the process of distancing myself from a lot of people, cleansing my personal spaces quite dramatically, even though I know to sell more books I need to be connecting with people to build my audience; but if the wrong people are in my space why are they there?

The vast majority of people I can’t imagine sitting next to over dinner for a couple of hours having an intelligent, laughter filled dance of a conversation, so why would I allow them into my online home? They may be lovely people, but if we are not moving forward together with the conversations and connection we are having, then what is the point?

Recently over on LinkedIn I commented that if I could not trust someone to take care of my children, then I am not doing business with them, quite simply because doing business with someone impacts your family, indirectly and directly through your mood, your finances and your time.

One of the things I love about the way good business is done in Japan and in the Arab world, is the time it takes to build a relationship with someone. If those we choose to do business with do not honour their agreement, such as pay their invoices on time, then the knock on effects of that are huge, and can ripple out in ways we cannot imagine.

The same goes for regurgitating something which hasn’t been researched properly, and that includes having a cultural and historical foundation to what we happen to share.

Speaking with a friend recently she commented on how people in Latin America and Russia were not out protesting in the numbers like those in France were about the roll out of certain so called medical treatments.  I told her to look to history, look at the generational fear that has been passed on, look at the culture and current socio economics of the country.

All of these were things she, and the majority of those shouting loudly from behind their keyboard and in the streets with their ‘party protests’ were ignoring, and often not knowingly. They just have not looked at things from another´s viewpoint because they are not looking deep or wide enough outside of their own limited experience.

Not everyone is in your space will connect with you on all levels, we know this. Whilst some are dear friends whom you can discuss, agree and disagree respectfully with on every and any subject, some are simply there to watch and learn, others to plagiarise and poach either your content or your clients; and some just want to perve on you which is never nice.

Very few who are working in the field of human rights and social justice have even read the Universal Declaration of Human Rights and those of us who have and work in this field of expertise are left wondering what actually has to happen in the world for people to actually wake up and get present to what is really going on?

Especially when the delete, block and unfollow culture of today has people removing anything that makes them uncomfortable so they see more cute pictures of dogs, sunsets and the ocean.

Removing things from our future which doesn’t align with our future growth is absolutely essential, but the big question to ask ourselves is are we removing the right things or simply the things which show us where our true power and growth really are?

And are we removing the people who need to learn from us, even though them being in our space has us wanting to bang our heads against the wall?