No One Cares About You

Previous Next
No One Cares About You 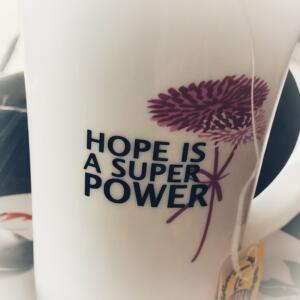 Imagine getting present to the realisation that no one cares about you.

And the belief you had that all the declarations of “I love you”, “love you lots” and “sending love” actually meant something,

Imagine the depth of insecurity that would bring up, along with the feelings of rejection, pain and loss.

Imagine the fear you’d experience realising that you’d trusted people to be honest, to actually mean the words they said, and then to lose all trust in your ability to decipher the truth from the lies.

Imagine you believed that you were safe, that people were looking out for you, but when you disappeared no one actually tried to reach out to you to make sure you were safe and well.

People find themselves in this kind of situation all the time to varying degrees.

It is one of the reasons many people try to commit suicide, with many people actually succeeding.

It isn’t limited to teenagers dealing with hormones, or inferiority complexes because of social media.

Or to the person in a relationship that has been excluded from a friendship group because of lies told by the other half of the broken relationship.

Nor is it the child who’s parent leaves the family home never contacting the child again, leaving them with deep emotional and psychological wounds for the rest of their life.

It isn’t just the team member who works at our place of work who got made redundant or got a promotion and never heard from their team mates again.

It happens in neighbourhoods, social groups and business networks the world over.

Recently on a call with a friend of mine she told me that she must do better as a friend because I always find the time for everyone.

I’m always responding to messages, checking in with friends to see how they are and making sure they know our friendship means something to me.

Maybe it is because at the age of 11 after playing with my friend in the afternoon down at the park, I called her to let her know I had her jumper, only to find out she’d been killed on the way home by a drunk driver.

Maybe it’s because my friend at the age of 18 has been the target of ‘some lads just messing about’ who put some medication in his drink which caused him to have an adverse reaction which killed him.

Or because a friend overdosed on drugs one night after being encouraged by others to ‘just have one more’ whilst we were at Dreamscape raving the night away.

Maybe it is none of these incidents.

It could just be that throughout my life I’ve chosen to be a good friend, to be there when a friend needs me, whatever time it is, day or night.

Maybe it’s because I know what it’s like to look through my phone, see lots of names and not have a single person I can call.

Perhaps it’s because “it’s alright for (me) because (I) don’t have (my) children to take care of so (I) can just focus on (my)self” as someone threw at me a couple of years ago.

You see the thing is, in part she is correct, I don’t have my children with me. But that doesn’t mean I’m not speaking with them or messaging them every day.

It doesn’t mean we do not have family meetings with each other to discuss important choices in our lives and my business at least once a week.

And it certainly doesn’t mean I’m not reading school reports, helping look for jobs and review CVs, sorting out a dog groomer for my fur baby girl, or having hour long calls with my parents every week.

I may be by myself, but running an internationally global business with a team of people which spans 6 countries, 8 time zones, whilst writing my own books, co-authoring others and coaching clients on their book doesn’t mean I only focus on myself.

Far from it in fact.

What’s the point of building this incredible legacy for my children to one day inherit, a business which provides income and security for myself and my team (and their families) if I don’t have friends to celebrate my success with?

These days it is so rare to find someone who says what they think, feel and want because we’re all too afraid of ‘looking bad’, ‘rocking the boat’ or being rejected.

(Except people like me who are apparently ‘so refreshing’)

When people like me say “I love you” It’s because we do. It’s not the shallow spiritual “I love you sister” bullshit that is espoused by the “love, light and glitter farts” community which graces social media these days.

It is real, it is genuine and it actually means something.

Because friendship means something to me. So does loyalty, honesty, respect and time.

People say these things matter, but then their actions don’t reflect that. People cancel meetings at the last minute, don’t call or message back then say “Sorry I was busy”.

Newsflash – pretty much everyone we know is busy.

Or we are admitting we’ve got so much going on we can’t cope with it all as well as the fundamental basics of friendship.

If we are too busy to return a call or send a message to a friend, or too busy to check in on them, how on earth are they going to know they can turn to us during some of the darkest moments of their life before its too late?

Getting a call that a friend or work colleague has committed suicide should be a wake up call to us all.

Reading social media posts which inform us someone’s child has committed suicide should wake us up.

Hearing that actors such as Robin Williams committed suicide shocks many people, and yet we all still go about our days not checking in on the people we say we love and care about.

Suicide amongst men is on the increase, and it often happens leading up to and during the phase of their life called ‘andropause’.

Most people have never heard of this phase of a man’s life, and just like my team of co-authors who have just launched The Potent Power of Menopause: A Culturally Diverse Perspective of Feminine Transformation

I’m now working with a culturally diverse group of men from around the world to put andropause on the map, with the intention of creating a better understanding of men’s mental and emotional health so my two sons have a better future of manhood to grow into.

The number of co-authors is 10, and we have a few spaces left on the team. So, if you are a man who would like to share your journey of how ‘the mid-life crisis’ had impacted you directly – or indirectly as a son, colleague or friend,

And let’s discuss how we get to change the world for the better, for men, for our sons and for the fathers on the edge who just need to know they are not alone, that ‘other men get it’ and that it’s OK to not have it together all the time.

Remember folks, just one message, one phone call, or one invitation to ‘get together’ could be all it takes to save a life in a vast number of ways.

Be the man that walks the walk, not just talks the talk.