Previous Next
Owning Our Ovaries 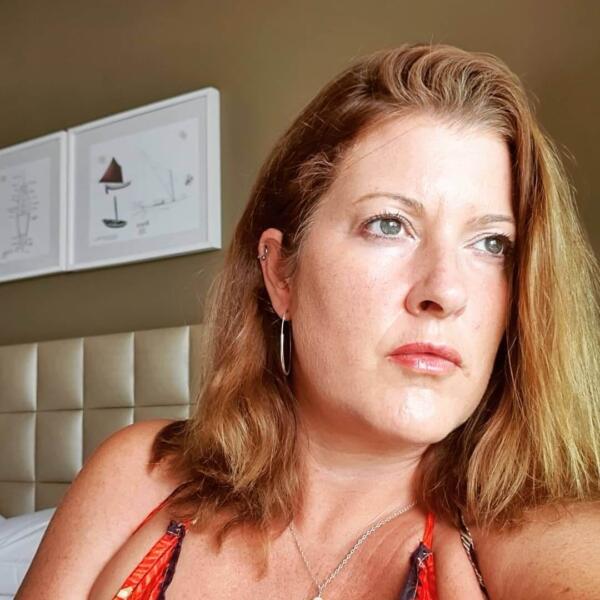 As women, we have the ability to conceive, grow and give birth to life. This has been known since the dawn of time.

So why is it women in business, and in any walk of life for that matter continue to make excuses about what it is they can and cannot achieve?

For centuries women have been the ones who have been creating social movements, signing treaties and been the major decision makers in political matters, either as business owners, Queens, or as the King’s council in the bed chamber.

In today’s world of modern technology, connectivity and the ability to make choices without being dragged through the fire by our hair courtesy of the ‘ugg ugg fire’ cave man, there is no reason why women should not be the owners of 6 and 7 figure businesses.

To struggle is to play the victim, and to love the pay off the excuses and abuses we are allowing in our lives give us.

Now this may sound harsh and no doubt there are those ‘there there my darling’ characters reading this who will be aghast, and those who are stuck in their own pity party of excuses who will be raging right now.

Those of you who are pandering to the drama of others are keeping people stuck in the misery, and those who are in the misery, you are loving the sympathy you receive from others too much.

And if you think I am talking from a place of privilege I suggest you go read my books, but then again if you are offended and about to get on your high horse about empathy and standing by the ‘poor women’ who are ‘stuck’ in abusive relationships, then my books are probably not for you.

The work I do in this world is potent.

It is game changing and there are a good many reasons for me to be the way I am.

Not that I have to jusitfy myself to anyone, or have reasons for simply BEING myself, oh no.

I choose to own my ovaries.

They were gifted to me by the the Divine Creator of life and use them I will for empowering women the world over.

Because to not own our power as women, to not command more and more of ourselves and each other, to not call out the excuses of other women, is to be incredibly disrespectful to the women who have died in our honour in the centuries gone by.

It is a dishonour to the women who have struggled to make our lives easier, the ones who fought oppression, in wars and have given their lives for us to have all the opportunities we have today.

And who are these women?

They are our ancestors.

Our aunties, grandmothers, sisters and for those of us who believe in past lives, they were us forging ahead for the lives we live today.

As women we have lived under the control of men for millenia, but we have allowed it.

We have made the excuses.

We have given away our power.

We have forgotten who we are.

Now this is not some femininst rant.

Trust me, I know feminism has been distorted and misunderstood by the victims of the female sex for many decades.

And as a mother of two incredible young men, I am not here to bash the male species at all.

Quite the opposite in fact.

You see, women have blamed men for our demise for far too long.

We have blamed men for the inequality of pay, work and pensions.

We have blamed men for the problems in the world whilst we have been sat around getting fat, eating the poor me cake of ‘Mummy Martyrdom’ and shined a light on it for all to see.

Men are not the reason for the problems of the world.

MEN AND WOMEN ARE.

We all inhabit this world and to only blame the men of the world, we women are just espousing more excuses, playing the blame game and shirking our responsibities as co-creators of the human existence.

We choose to worry about what others think of us, instead of what we think of ourselves.

We choose to stay in companies who do not pay us what we think we deserve instead of starting our own companies.

We follow other women, dress like them, mirror the words they use, follow their every move, stalk them into an inch of their lives, and think that by feeding them a whole heap of compliments they will become our friends and support us.

They will want to move away from you as fast as possible putting as much distance between you and them as possible.

We look at what others have and think that by copying others we will become the success we wish to be.

We will only become the successful women we want to be by BECOMING OURSELVES.

This process is not always easy.

There will be the dark nights of the soul, the ugly snotting crying and wailing which will seem never ending.

There will be the sliding down the wall and sobbing our hearts out wondering what the hell happened along the way to get us to this point, only to wake up on the kitchen floor hours later.

Like I said, go read my books. You will read of my struggles to get to where I am today.

The difference between me and the majority of women in the world is I FOUGHT FOR MYSELF.

I KNEW my children were watching and learning.

I KNEW everything starts and ends with ME.

I knew that if I wanted to live the live I wanted, serving others, making a difference in the world, creating a powerful legacy so once I am gone my legacy lives on for millenia afterwards, all whilst making millons of dollars so I can serve at an even higher level and live a life of luxury…

I HAD TO OWN MY OVARIES.

I HAD TO CHOOSE TO LEAD MY CHILDREN.

I HAD TO TAKE RESPONSIBILITY FOR MYSELF.

People love to say “I’m calling it in”, “I’ve meditated on it” or “I’ve journalled around it” and yes, they all work, but unless you do the deep inner work, unless you are prepared to call yourself on your own bullshit, and stop following other women like a lost little lamb, then you are not going to get the results you want in life.

Back in 1893 when Chicago was being rebuilt, architects were charging $1000USD per hour.

And people today, not just women, are accepting less than $10USD an hour.

It is not acceptable.

The world is abundant.

There is more than enough for everyone, and for those who are struggling, just know you are choosing to struggle.

And yes, there are things such as poverty, famines and social dilemmas, but if you think they are not by design by those in power, then you need to wake up on a whole other level.

Famines only exist because governments want them to exist.

Poverty and poor living conditions exists because governments allow them to exist.

A lack of education exists because we allow it to exist.

If we really wanted to live a life of abundance, then we would chose it, embody it and live it.

For those who think ‘it’s alright for you/them/some’ … my advice?

Stop twerking on tik tok, faffing about on Fuckerberg’s FaceFuckers site and living the Instafake life and go after everything you ever wanted.

And ladies, stop making excuses, blaming others and thinking pity parties will get your somewhere, because it won’t, other than get you more of the same.

Own those ovaries, give birth to your dreams and live life on your own terms.

You are the creator of life, so go live your best life ever.

Own the feminine fire.

Start an Uprising in your own life, and stop expecting others to save you, because unless you are willing to save yourself from your own drama, then you will always be controlled by others.

And that is no life to live at all.

Trust me, I know.

Until the next time, enjoy the ride.