Previous Next
Banned from LinkedIn 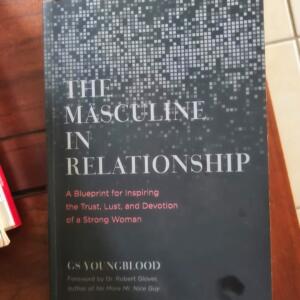 How crazy is cancel culture going to get?

As someone who has dedicated her life to understanding others and standing up to injustices around the world, I knew educating people on the various guises of human rights and social justice was probably going to be a challenge.

With cancel culture, and the dictatorial social media platforms appeasing the masses, standing up for human rights and social justice is becoming increasingly difficult.

But then again, that is all part of ‘The big master plan’ of ‘those in charge’ of all major social media platforms and big corporate.

They are all owned by the same companies afterall.

I have had to adapt the way I write many times to attract the right kind of high level, critical thinking and purpose led clients.

Ones who can read between the lines, and understand the deeper meaning of messages rather than having a smack in the face to ‘wake them the fuck up’ (to put it bluntly).

These clients also tend to be investment ready rather than waxing lyrical about what they are going to do rather than actually just getting on with what they need to do.

So imagine my surprise this morning when a carefully written LinkedIn post highlighting a book recommendation to me by a friend got banned.

A post which highlighted the subtle emotional and mental abuse I get from others about my relationship status because I choose to be a single hetrosexual woman, as well as asking if there is a female equivalent to the book.

A post which didn’t violate any of their terms and policies, and was promoting a book, whilst exposing a lack of respect for those of us who choose to be sovereign and celibate, and who are aware of the various cultural and sub-cultural differences.

Us single heterosexual folk are now seeing the tides turning to face what the homosexual communities have faced for centuries.

We are not allowed to say we are heterosexual, or that we are choosing a single life of celibacy.

Will monks, priests and nuns who choose to be heterosexual and celibate be the ones who are banned from society next?

As I travel more and more, I’m finding it’s not just men who hit on me now, it’s women too, making the thought of going out anywhere intimidating, confusing and uncomfortable.

Being a friendly person has always been mistaken for flirting, and being a huggy bear is now seen to be a sign I want my celibacy to end.

And yes, it would be nice to have that special someone to share all layers of intimacy with, but he has to be worth it, has to earn his place by my side.

And this person has to be a man.

I am not interested in women in a sexual way.

They just don’t float my boat, so they definitely won’t be rocking it with me.

I get that LinkedIn is a professional platform, and as a professional business owner who writes and publishes books in the realms of social justice, human rights and cultural diversity,

And who chooses to work with the more discerning members of our society, those who can see through the bullshit and the propaganda,

How is this a violation of their terms? How is this offensive to anyone?

Read on to find out.

Spending the past 5 years as a single lady has been a wonderful experience.

I’ve got to know who I am, what I want from life and been free to go where I want, when I want and how I want without having to compromise, negotiate, or consider anyone else.

And for a woman who was always compromising, considering others and negotiating less than I deserved, this time alone has been wonderful for me, and my two sons.

The questions I always get asked by those I meet whilst travelling is always related to my relationship status.

Why are you single?
Where is your husband?
Don’t you want a partner?

Traveling the world alone seeing how most people have this need to be with someone, anyone in some cases, is a need that transcends cultures of all kinds,

From generational #culture, to the religious, spiritual, nation and ethnic culture to the socio-economic cultures.

People confuse being alone with loneliness, and although at times I have experienced loneliness, I’ve always been someone who enjoys my alone time.

Recently I was verbally berated because I said I wanted to be in a relationship with a man.

Accusations of being homophobic and transphobic came flooding out of this person’s mouth, and I was left a tad bewildered if I’m honest with you.

And not just because of the ridiculousness of the accusations but because I know I’m not interested in being with a woman, or a gender reassigned individual.

I want a man to travel through life with, to experience all the wonders of him and the world we live in, to transcend with.

Recently, I wrote a #blog post about #sovereignty and celibacy, and the non-negotiables in relationships.

Some men were deeply offended, these are not my kind of men.

Some men thought it was an opportunity to see if they could ‘break the celibacy’.

Really not my kind of men!

A few people have told me that whilst I’m traveling I’ll never find a man.

An interesting viewpoint, especially as it’s a limited view of #relationships, what’s possible in today’s world and says so much more about them than it does about me.

But I’m only 44, and I have a beautiful future ahead of me.

I have two sons, my own business, my independence, and I love myself and the woman I’ve become.

The magic will happen, and if there’s one thing these last few years of #travel, lockdowns and plandemic have gifted me, it’s a much smaller selection of energetically, intellectually and purpose led men to choose from.

A friend sent me this photo and told me men should read this #book before they dare to date me which made me smile,

As I’ve been considering requesting people #read Crossing The Line before working with me.

The thing is soul knows and I’m trusting the process, and myself.

Have you read this book?
And is there a female equivalent?