Life in my hands

Previous Next
Life in my hands 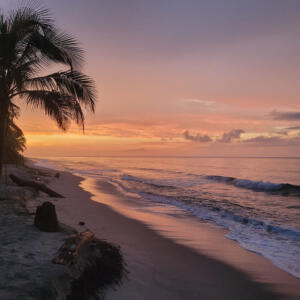 Holding him in my arms, looking down at his face and into his eyes was not the way I imagined my next encounter with a man this up close and personal I can tell you.  It wasn’t the romantic embrace I had been hoping for, and the look in his eyes was not one of desire.

In fact, there was no look in his eyes as they were in the back of his head and I was doing my best to turn him over onto his front so his tongue didn’t fall down his throat, choking him to death during the grand mal seizure he was having.

It came six days after a powerful Mayan Time Line Energy Healing and Cord Cutting Cacao Ceremony I participated in the sacred mountain grounds of an ancient Indeginous Andean community.

I had no idea this was going to happen, the ceremony or the grand mal seizures, but holy fricking moly was it just what I needed to unleash twenty one years of pushing down the trauma and PTSD I had experienced with my ex-husband when he himself had two grand mal seizures and then needed to have brain surgery.

Yep, I pushed it all down, deep, deep down and just got on with renovating our home at the time, because you know a bath in the lounge is just not the look we were going for.

Minimalist kitchen where everything has a place and everything is in it’s place, yes, but bare brick walls with nothing or anything to identify the kitchen space as a kitchen? Again not the kitchen I had in mind when I had moved to the North of England just two weeks earlier.

And then life happened.

So I just kept motoring on, and on, and on and then twenty one years later …

The breath I had been holding all this time, the pressure I had been putting myself through to provide for my family, achieve all I wanted to achieve, going through HELLP Syndrome with my second child, living through the Egyptian Uprising, deaths of those closest to me, divorce, becoming a single mum, the bloody Scotland Saga, all pushed down to just keep on keeping on…

Until I couldn’t anymore.

Until this complete stranger presented me with a wake up call like no other. The wake up call to grieve, to release the tears, the feel the sadness, to release the pain in my cocyzx which has plagued me for twenty one years, and to feel the depths of rejection I had been feeling but not acknowledged were there.

I had pushed down these emotions time and time again, on top of one another just to focus on being the best mum I could be, a great wife, an incredibly successful business woman, community worker and all ‘the other things’ we as women are told we need to be.

It was all ‘hustle, hustle, hustle’ and making sure I was there for everyone else, and then realising as I looked around, scrolled the numbers and names in my phone, there was no one I wanted to be there for me.

Notice the distinction in that last sentence.

No one I wanted to be there for me.

I had isolated myself in my desire to keep myself safe, surrounded myself with people who were only in my space if they paid to be there or I paid them to be there.

Friends were all at a distance, physically, time wise and at various stages of evolution. The people I knew would get it, I didn’t feel I could reach out to because they were busy and had their own families, businesses and lives to live.

And so the kundalini awakening, the dark weeks of the soul presented themselves to me in such a brutal way there was no way these emotions were able to continue to hide in my deeply buried blindspot.

Disappearing off line for three weeks has proven interesting in many ways.

Getting present to the kind of future I am creating for myself, the kind of mother who I choose to be, even from thousands of miles away from both my children, and the future of my business, my health choices, the future relationship with a man worthy of me, have all gone under the microscope.

Massive changes are taking place, have been taking place and with hindsight, I have been on this awakening path for the entire year.

Rebranding, firing clients, becoming more selective who gets my time, and the kind of clients I am choosing to work with in the future. Even my AUTHORity MasterMind Publishing Deal is being stripped back and reconfigured after all the time, effort, energy and money invested into it.

the legacy I am creating.

I have a lifestyle which affords me the freedom to write, publish, study and travel to places I want to go whenever I want to go. I have no one providing for me, no one to back me up and two incredible sons who honour and respect me as a woman, as well as their mother.

Having afforded this lifestyle I have created which also allows me to keep paying off legal fees and debts incurred due to The Scotland Saga I know everything and anything I choose for myself and my sons is already a done deal.

Having had a few women this year show me the true wounds of the feminine on many levels, as well as dishonouring the sisterhood with actions which wound themselves, as well as women and children for generations to come, I am done with the ‘Princesses’ masquerading as Queens.

Done with those from my past thinking just because they knew me ‘way back when’ they still know me. I find it interesting they are offended and seriously triggered by not getting what they used to get from me, or what they want from me in the future.

Some of these people have chosen to attack me on almost every platform going; and they wonder why I have chosen to walk away from them and their spiteful and slanderous drama.

I am done with those who are deceiving themselves and cheating on their businesses with a job, refusing to haul anchor and really step up for their future selves.

Done with the pretence of people, done with those who are not all in on their espoused vision for the future, talking the talk but not walking the walk.

And so fucking done with the bullshit excuses people make about not being able to make money when over a hundred years ago CJ Walker, a black woman from the US created a business and went on to become the first black female multimillionaire in a male dominated world, without technology and social media.

There is no reason today we women cannot have everything we desire, the lifestyle, the lover and the income we desire.

We need to stop settling for bank balances which do not excite and inspire us.

Stop settling for half arsed efforts in our health and fitness.

Time to stop settling for half arsed friendships and social circles.

And stop settling on our self worth and value.

It’s a bit of a passionate rant here at the end, and yet I know there are many of you out there who are nodding, resonating, feeling called forward by this.

We know there are so many aspects of this post which having either been through once, twice, many times over, and we are totally done with either ourselves, or others around us.

And we know it is time to go all in, and be committed to our personal and professional growth by being seen, heard and a voice for a humanitarian causes bigger than ourselves.

If we are ready to create a beautiful legacy for ourself and to inspire the future generations of women in our family and communities, fulfilling the Dalai Lama’s Prophecy of it being the Western woman who changes the world, then what are we waiting for?

It’s time to own our ovaries, burn our current limited life to the ground so we can rise from the ashes with even more wisdom and wildness that excites us.

For all those women out there who are fired up by this post, who resonate, who want more, send me a message and let’s get your expertise showcased, your feminine fire lit and your business leveraged by writing that book that is burning deep inside of you, waiting for you to acknowledge your own soul calling.

And regardless of where we are at on our own perforce journey of success, we all need to remember that regardless of what we perceive of others lifestyles to be like, we all go through the darkness at times.

So until the next time my lovelies, go read epic books, listen to a powerful podcast and if you can, catch a sunset or two. They really are beautiful as you can see from this photo taken last week by me in the Caribbean.

P.S. Remember to sign up for my regular weekly emails to stay informed, inspired and up to date on all things Dawn as I travel the world. Which reminds me, final chapters of Being a Digital Nomad will recommence so expect news on that soon.

P.P.S. My latest article in PreEminence magazine had to be diluted and have a graphic warning attached to it, so we know when we’ve got to this point in journalism, we really do have work to do ladies!  subscribe and check out the latest issue here.