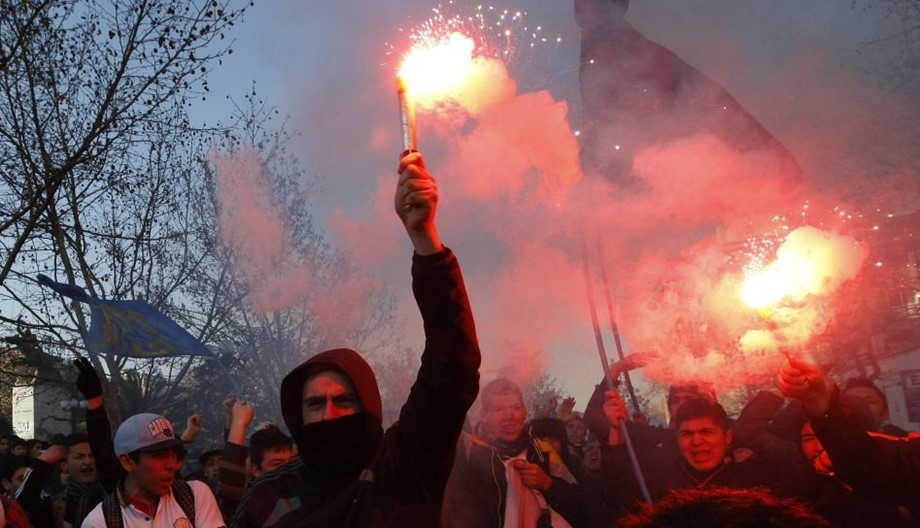 I first heard about the Chilean Protests from a guy I was sailing with across the Atlantic.

I couldn’t help but smile to myself.

Here I was on my way to South America as part of my global book tour, and to do more research on my up and coming books, and I find out the people of Chile are protesting, just like the Egyptians did back in 2011.

My friends were going to have a right good laugh at this one, I thought to myself.

I moved to Egypt back in July 2010, 6 months before the Egyptian Uprising kicked off.  Many of my friends joked with me “Trust you to go to Egypt and start an Uprising Dawn!”.

Because I believe in freedom and justice, for everyone, not just myself.  I am always outspoken and I stand up to bullies.

When I was interviewed by CNN and Sky News whilst stood in Tahrir Square, I was asked by both reporters “Why are you here protesting?”

My answer was simple.

Neither reporter had anything to say.  I had challenged them and their own beliefs on what human rights meant.

Living under a corrupt regime is a serious matter, and not one many in the so-called first world countries could ever imagine.

One of the reasons my second book Walaahi did so well, other than it being a great book, is because people wanted to know what really happened.

They wanted the human perspective, not a political or media hyped propaganda version of events.

The Chilean protests are yet again another reminder of how a nation of people are so sick and fed up of what the leaders of their country are doing, or rather not doing; and how they are not serving the people.

Political leaders around the world have forgotten the purpose of their position.  They are civil servants; and they have chosen to serve the civilians of their country by the very nature of their job.

Discussing the Chilean protests with locals from across the country, and travellers alike, one of the things which has come up is this:

The only reason you control something is because you are scared of the consequences of not controlling it.

With the Chilean protests increasing in intensity on Friday this last week, and shops boarding up the broken windows, it is difficult to walk down a street and not be reminded of the confllict.

Al-Jazeera covered part of the problem in this short news clip, and stated it as being a wealth inequality, but it is much deeper than that.

Like in Egypt, it is the 30 years of abuse of power by their president, President Pinera.

And like Mubarak, Pinera is making superficial promises of reform; and the people don’t believe him.

Why would they? If he had any intention of doing a great job for his country, he would have done it over the last 30 years.

The people are angry, and quite righty so when you consider that 1% of the country own all of the wealth and all of the power.

With people marching into La Moneda government palace and the surrounding streets, beating pots and drums, I am reminded of what I saw when walking into Tahrir Square.

And just like the Egyptian protests, the Chilean protests are not going to stop until the President resigns; even though around 30 people have already lost their lives, over 2500 have been injured and close to 3000 have been arrested.

I may not be in Santiago, but even where I am, the streets are covered with anti-Pinera and pro-revolution graffiti and broken shop windows.

News stations are playing it down stating the protests started because of the rise in metro fares, but that was simply the straw that broke the camel’s back.

The uprising is about revolting against the economic inequalities, which are the same neo-liberal economic policies put in place by the military dictatorship led by Augusto Pinochet during 1973-1990.

Add to this the privatisation of education, a health care which is either private and increasingly expensive, or state run and without beds and medication.

Then add into the mix the privatisation of the utility companies, and the state pensions and you have a melting pot of distrust, anger, fear and desperation.

As a business women myself, I am not against making money but privatisation of public services is never a good idea.

Because then these individuals will start asking questions the governments don’t want us asking.  When we get curious, and we start questionning, discussing the extrapolations of events and then unite, governments get scared.

Remember what I said above?

The only reason you control something is because you are scared of the consequences of not controlling it.

When the people unite and rise up against the governments which have been raping and manipulating the system for their own benefits, they should be scared.

The people when they come together are a powerful force, as we found out in Egypt when we saw Hosni Mubarak overthrown.

Sadly though, a military coup happened and Mohammed Morsi was replaced by General Sisi.

A dangerous outcome for Egypt if ever there was one.

The similarities between the Egyptian and Chilean protests do not stop there though.

The tactics of the military here in Chile with the militart water cannons, armoured vehicles driving into crowds, rubber bullets which maim and disfigure for life as warning and a reminder, are no different to those deployed in Egypt.

Some of my friends and family are worried about me writing about this, but I am simply making observations of the similarities I see between the two countries.

With the anniversary of the Egyptian Uprising coming up, it will be interesting to see what happens.  Will the people of Chile prevail and overthrow their president like the Egyptians?

Only time will tell, in the meantime, I will keep you updated … provided Pinera doesn’t shut down the internet like Mubarak did.

You can purchase a copy of my international bestselling book Walaahi by visiting Amazon, iBooks, Barnes and Noble and all great online bookshops and hand held devices such as Kobo.

To book me for press interviews to discuss the Egyptian and Chilean Uprising, please visit my media page.