The Wake Up Call

Previous Next
The Wake Up Call 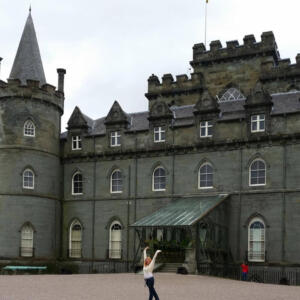 They say a picture tells a thousand words, but what this photo doesn’t tell you is the nightmare that unfolded for me and my family just hours after it was taken.

What is also doesn’t tell you is that each year on the 6th December I not only offer gratitude up for all the birthday wishes I get, and for being alive to celebrate my life, but also for the fact that I walked out of the Oban Sheriff Court a free woman.

There was no one with me.

There had been no one with me for the past three years worth of court appearances which I travelled to for 13 hours each way on my own using 2 taxis and 2 trains, almost every month, to sit inside a court room for 10 minutes or at most a couple of hours.

Had I not studied criminal, family and human rights law to build my case and present my findings to my lawyers in the two court cases which followed, I would have been sent straight to prison until 2026, for not breaking the law.

During the last four years, the days leading up to my birthday, I have spent time by myself reflecting and offering gratitude for the fact I am a free woman; and I’ve asked myself:

“Why was I left alone to fight this case by myself?”

“Where were the people who called themselves my friends?”

“Where were my family?”

And each year I gain clarity of the kind of people I want in my life. The kind of support system I want around me as I build my future and my business.

I would never have let a friend go through what I went through alone. Yes, people have jobs and families to take care of, but I had many people who called themselves my friends, and many of them knew each other.

What was stopping them from creating a support circle? Of one person taking a couple of days holiday one month, and another taking another couple of days the next day? Or at least driving up with me to the court room which would have only been 6 hours each way, just to be with me as I faced an uncertain future?

Now I know we cannot expect others to do the same things we do, or have the same commitment to friendship as we have,

But to have to go all the way on a train to a court room by yourself not knowing whether you would be returning home to your children and fur baby, to the live you had created, to being able to walk freely in the parks or to see the ocean again for what was probably going to be nine more years, is a tough thing to do.

To know that if I had got ‘sent down’ I would have no one there with me to tell my children what had happen, or where their mum had gone, or for how long, still brings tears to my eyes today.

To have all that time alone wondering about the possibility of what would happen to my life from that point, of living inside a prison in goodness knows what conditions with other women, in a confined space as a claustrophobic, and then to leave as an ‘ex-con’, ‘a convict’ and someone who had spent their time in prison, could have weakened me.

But I knew I had to get home to my boys. To my fur baby. To my life. So I spent the time going over my case notes, preparing myself mentally, emotionally and spiritually. I had to win. I had to walk out of that court room a free woman.

But I also didn’t.

Because what happened that day, and the days leading up to it, all starting with the day the photo above above taken outside Inveraray Castle, has haunted me ever since.

Visiting Inveraray Castle back in 2015 I was overjoyed as I knew Downton Abbey had been filmed there for the Christmas Special. The boys and I, along with our fur baby Kelt had completed the first of 5 weeeks of our 7 week road trip around the North of England and Scotland. After Inveraray, we were heading to East Anglia to my childhood home to see my parents.

Now Downton Abbey may not have been everyone’s cup of tea, but watching Lady Mary, Lord Grantham and The Dowager ‘battle it out’ in their stubborness each Sunday was an absolute pleasure for me.

I have always loved castles and enjoy imagining (or rather remembering) myself in the full skirts and bodices, walking around the rose gardens, drinking tea out of china cups and sat in the libraries of old reading hard back novels.

Little did I know when this photo was taken I would be spending that night, and the next three nights sleeping in a police cell unaware of what I had done wrong to warrant being arrested and thrown in a police cell for a total of 57.5 hours, without questioning or being charged.

In the UK, back in 2015, the police were not allowed to detain you without questioning or charging you with a crime for longer than 24 hours, unless you were suspected of a serious crime such as murder. In this instance they were allowed to keep you detained for up to 48 hours. Longer than 48 hours without charge or questioning, the police had to suspect you of terrorism.

Following the court case I reached out to lawyers, newspapers and as many people as I could think of because I could not bear the thought of another person going through what I had gone through.

It seemed that no one was willing to help me, so I wrote a book about it all; and I called it Crossing The Line. Now many people who have read this book and reached out to me are left bewildered how what happened, and what unfolded was allowed to unfold.

How did this happen? How could they get away with it? Why didn’t someone within the legal system step in a put a stop to it. Even my lawyers couldn’t understand why it was happening. The social services both in England and Scotland were also baffled as to why it happened and why the police and courts in Scotland felt it appropriate to waste valuable time and resources bringing this case to trial.

There are still so many unanswered questions, and not just legal ones.

The thing is with all of this, I allowed myself to be alone and unsupported by the friends I chose, and by being someone who refused to ask for help.

I allowed the wrong people into my life, and settled for less than I deserved.

I deserved to have friends who valued me enough to go with me to the court room, especially on that final day in court.

And I am not the only one.

Many of us in some way or other settle for something or someone less than we deserve. We sabotage ourselves in so many ways, even if on the outside our life appears to others to be wonderful and perfect.

As women we have been taken on the role of having to do everything ourselves, to put on the lipstick and smile, putting on a brave face whilst we are crumbling and confused on the inside.

And it isn’t until we are prepared to face the truth about ourselves, and our own limiting beliefs and stories which we tell ourselves, that we will truly rise in our power and have wonderful friends and family who support us.

The Scotland Saga is far from over.

So watch this space, because they really did mess with the wrong Mama Bear.

To read the full story as it is so far, click this link to purchase your copy of Crossing The Line

To keep up to date with all future books, events and giveaways, make sure you subscribe to my weekly emails by clicking this link