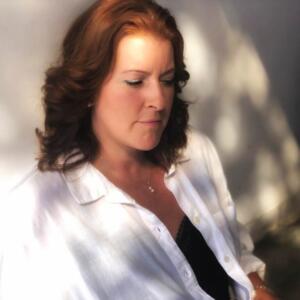 Sometimes I just want to switch off and retreat so deeply into myself that I don’t want to come back into the world.

I long to be inspired by conversations which change the world, rather than just take up sound waves.

Conversations which add value rather than the vanilla ‘copy paste’ rhetoric that so many “influencers” regurgitate day in day out.

Titles and vanity metrics don’t impress me, nor does the size of someone’s wallet, which is why I have turned down quite a few potential clients recently.

I don’t want to work with people who only want the accolade of Bestseller… or the title of author which they can showcase on their social media profiles.

I want to work with people who are willing to write books which serve humanity, AND show up after the launch to keep promoting and selling their books.

Because what’s the point of writing the books if no one knows it exists or buys it?

Working with those who want to write self help books or yet another book of little substance on ‘how business should be done’ just doesn’t interest me.

I want the juicy books, the books that make real impact, the ones that teach me something about the world, highlighting the many challenges we face, written by whistle blowers, or those brave enough to expose corruption and systemic abuse, trauma and abuse which they alchemised into success.

I want the books which tell me about a person and their story so I know if they are the kind of person I wish to do business with, and create social change with.

I want the clients who are prepared to go deeper than they have ever been before with their story so even greater impact can be achieved for all.

These are the books, and the writers, which elevate us all, bringing about the awakening of souls so we can change the world; because let’s be honest, it’s a bit of a shit show at the moment.

Posting 2-3 minute bitesize videos may be great as a hook, but you soon realise you want out of the keep net because the hook was the best bit about the whole experience.

I see “influencers” talking about human rights and then talking about going to Disney Land… which has a horror story lurking behind the sickly sweet poison presented as the Magical Kingdom.

Being ‘awake’ as some people like to call it is a blessing and a curse at the same time.

On one hand you see through all the bullshit and the lies on a much deeper global level, and on the other hand conversations with others leave you flat and uninterested.

I’ve been “giving a voice to the voiceless” for over two decades now, but the term has now become the latest in a long line of bumper car stickers used throughout the marketing world.

Having spoken with a few of the ‘voice givers’ I find out they have never been on a protest, never written a book, an article or even delivered a speech for those who need their stories told.

When asked “How are you giving a voice to the voiceless?” out of genuine curiosity, I find very little evidence of them actually doing so.

The desire to belong to something bigger than ourselves is perfectly normal human behaviour, and I understand we all have to start somewhere.

I also understand that declaring something to be true before it is true is also a powerful affirmation and one of the tools in the law of attraction.

But there is a difference between calling yourself forward, and being a one hit wonder author who doesn’t sell their books.

Creating impact requires us to constantly show up for ourselves and others, and we all have our own way of doing it.

Some prefer videos, some paint canvas, some become doctors and nurses and travel to far flung remote parts of the world, whilst some of us write.

Writing is an extension of who we are, and for me it is my daily practice. I can’t not write. It is my oxygen.

It is my thoughts and ideas amplified, my knowledge gifted to others without the heavy duty price tag. It is my legacy of doing what I can to help make the world a better place.

And I know I am not the only one who feels the way I do. There are many of us. And we are here to change the world, creating a better future, implementing the changes needed, and it all begins with sharing who we are and what we know.

So for me to retreat for too long, isn’t a good idea. Nor is it helpful in building the new world, and build a new world we shall.

The question is, who’s with me?

Who’s ready to put their story to paper and inspire others into action?

Who’s willing to have the conversations which need having?

Who’s willing to ditch the vanilla and join me for some pistachio and coconut instead?